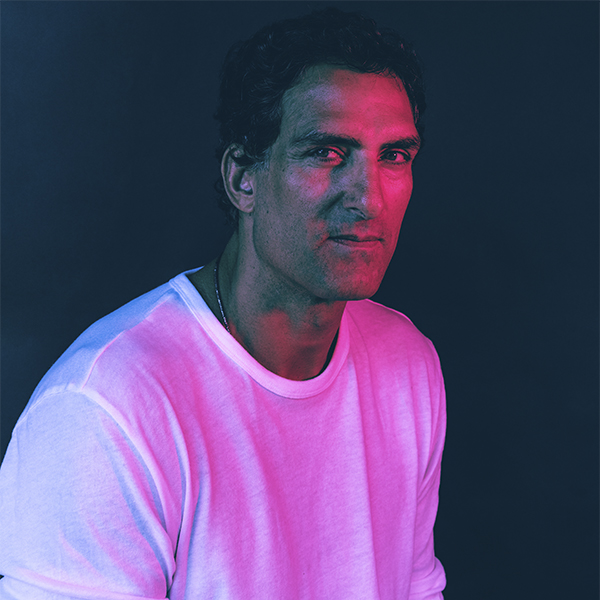 Despite early sporting success as an NBA basketball star, music has always been Seikaly’s passion. The Lebanese/American DJ and producer has played every major club worldwide and has shared the stage with luminaries such as Marco Carola, Damian Lazarus, Guy Gerber to name a few. Since 2010, he has released on labels including Suara, Saved, Yoshitoshi Recordings and many more. Recently he began his own Stride Records imprint, with a new EP ‘Pursuit’ dropped this year, and continues to run his radio show ‘Sugar Free Radio’, now in its sixth year.

He started Stride at the end of last year as a platform for his own music, tried and tested globally on dancefloors, free from anyone else’s constraints. Stride launched with the ‘Give me Space’ EP including an Audiofly remix, followed by his EP ‘Pursuit’ in 2019. He likes to unearth varying elements and genres and merge them in his own style, rejecting strictly defined genre labels, always staying true to his own music instincts.

This year Seikaly will continue to DJ regularly in some of the most prominent clubs in the world. From massive festivals including Burning Man, Ultra Miami and BPM Festival, to headlining iconic clubs such as Uberhaus (Beirut), Spy Bar (Chicago), Amnesia (Ibiza), Space (Miami), Sound (LA), Scorpios and VOID (Mykonos), Rony has proved himself an extensively talented DJ and producer with a strong following.

His first official gig was at Miami’s Winter Music Conference in 2007, but since the age of 14 Rony had been hosting a club for friends in his parents’ garage. He grew up listening to Frankie Knuckles and Louie Vega, later moving on to Junior Vasquez, Danny Tenaglia, Steve Lawler and more.

As well as DJing and producing, Seikaly founded his own weekly radio show ‘Sugar Free Radio’ on the biggest satellite radio station in the US, Sirius/XM, playing different sounds to those he chooses for his sets. Firmly established as one of the first underground radio shows on the airwaves in America, the show has now been running for six years, racking up over 200 mixes on Soundcloud.

His goal for future upcoming gigs is to focus on bringing his distinct style of music to clubs that matter to him, continuing to follow a quality-over-quantity approach when picking his shows. From playing timeless sets, his ongoing new project as Stride label boss, creating brilliant productions and building his radio audience too, Rony continues to do what he loves and does best.