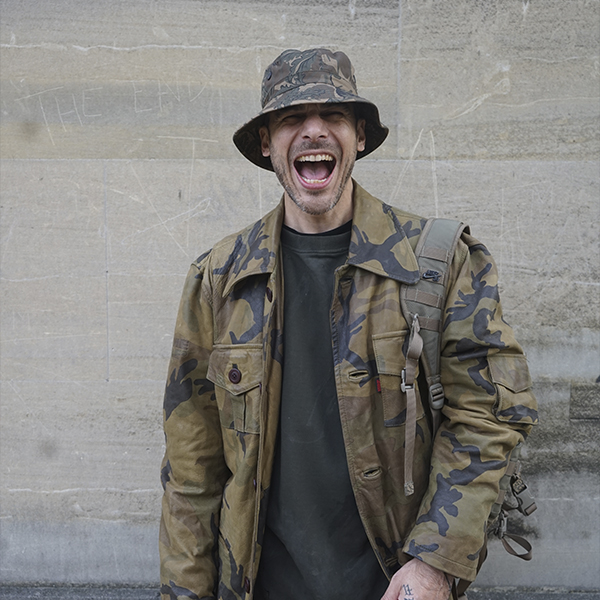 Because of this he is on a constant tour of the worlds finest clubs and festivals: he's left his mark at Panorama Bar, fabric, Cocoon parties and Circoloco all while serving up superb studio sounds on REKIDS offshoot Cabin Fever, One Records, Ricardo Villalobos and Luciano's RAL series and 2020 Vision to name a few as he’s surely one the most prolific producers around .

He has also notably found his own respected imprints: first is The W Label that offers up the classic W!ld sound and remixers including Kerri Chandler, Chez Damier and Andres and many more  and second is his new DAILYCID imprint. It seeks and supports new talent and in 2019 has put out some critically acclaimed new EPs as well as hosting its own stage at SXM festival and secret basements in London suburbs and tucked away spots in New York ,Ibiza ,Amsterdam, Berlin …What's more, DAILYCID XXX held its own fetish themed party series  in Ibiza this year and brought back some of that illicit and hedonistic steel that made the White Isle so famous in the first place. More of these followed in London and ADE , with plenty more to come.

W!Ld has also launched Spit&Die, where the concept is one with his own track and one remix from one legend of electronic music . The first release  kicked off with a minimal house masterpiece from the one and only BabyFord.

Long interested in contemporary art and fashion, W!LD has soundtracked catwalk shows for Paris Fashion Week, including for Vivienne Westwood, Thierry Mugler, christian Lacroix  .He also paints, always works to blend lights, music, and his art and continues to take risks. Despite many years in the game, then, DJ W!ld never rests, never stops listening and learning. It means he is one step ahead of the crowd and more vital than ever whilst never compromising his art.