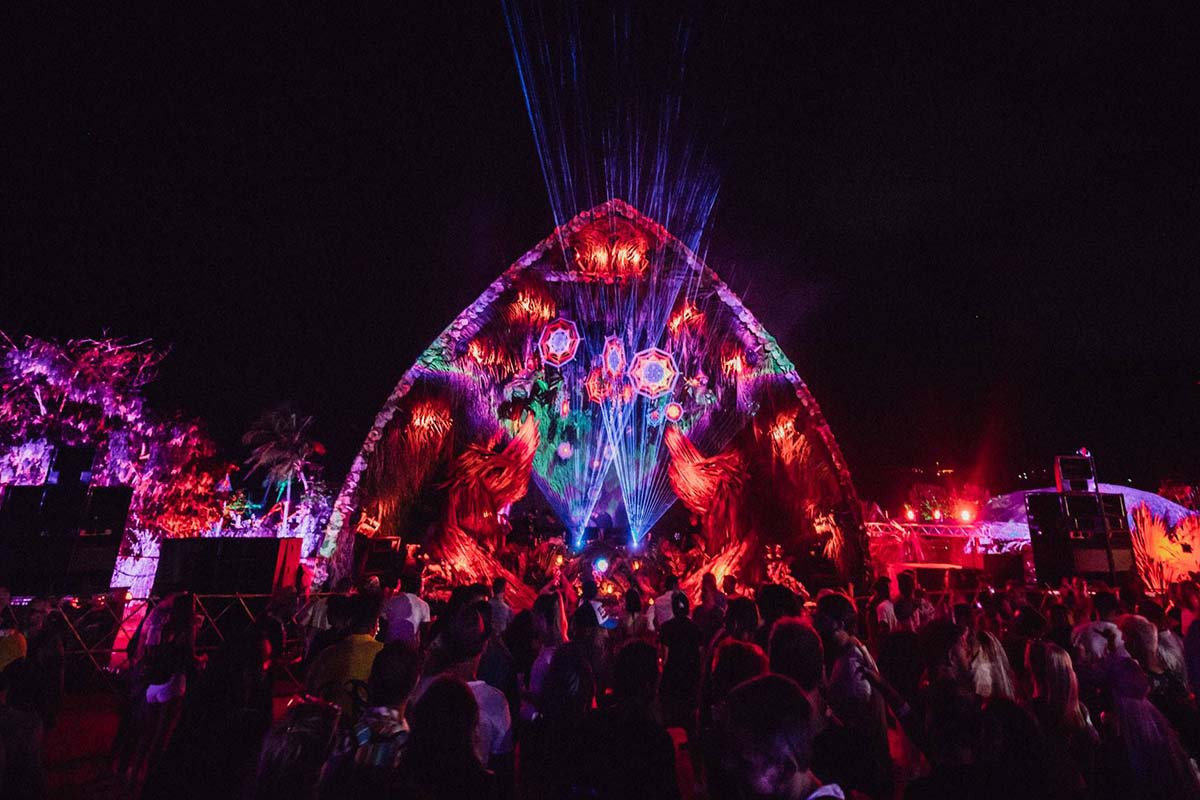 Born out of a desire to connect the hearts and minds of house & techno travellers, SXM Festival is a place that exudes enchantment on anyone who steps foot on the friendly island of Saint Martin. From the picture-perfect setting, to the one-of-a-kind venues, to the wide range of audiophiles who flock to the party—it’s difficult to compare SXM Festival with any other event existing today.

Let’s be real, though. We’re all here mainly for one reason—the exceptional house and techno music that permeates the island during our 5-day stay. Our intimate capacity lends to experiencing one-of-a-kind music moments that you’ll rarely encounter anywhere else, so we put together a short list of our brightest highlights from all the years we’ve enjoyed together so far.

It’s no secret that Jamie Jones brings the heat when he’s behind the decks. His signature tech-house sound is one that shuffles feet and expands hearts across the globe, so we weren’t shocked when he brought that same spirit to SXM. Tampered by rain essentially the whole time our first year, we found unique ways to party through the storm—the most momentous being while Jamie Jones was tearing it up on Saturday night. As the rain drizzled down and people continued to dance, the lead builder draped a 100x50ft plastic tarp over the crowd. The result was hundreds of people bouncing half naked under the rain fly, literally weathering the weather, together.

There are few things more salacious than a Lee Burridge sunrise set. His sound ranges so far and wide, it would be a dishonor to try and describe it, but the most remarkable part of his first performance with us was the energy that he projected onto the entire crowd. Imagine if you will, 800 hundred people all laughing and grooving in unison for 4 hours, with a handful of interspersed “woos” throughout. It takes a special kind of music-maker to influence the crowd like that. Next time we’re together, be sure you’re at his set.

Sometimes the best sets are the ones that weren’t even on the schedule to begin with. Like when Behrouz, BLOND:ISH, Thugfucker, and Audiofly all coalesced to do one big b2b during Saturday’s sunset at the VIP Villa overlooking Baie Rouge. They each meticulously mixed in one record at a time, organically vibing off each other's powerful sound. The outcome was one of the most unforgettable sunsets of SXM’s lifetime thus far.

And then there are those sets that imprint on you musically with a track selection made for the Gods. Enter Black Coffee, who played an unforgettable blend of tribal house that we are positive anyone can vibe to, even your grandma. As he made his SXM debut we all danced in awe, fully aware of the fact we were witnessing something special. To put the cherry on top, he closed out his set with “Careless Whisper” by 80s pop icon George Michael. Now anytime that song plays, we’re instantly transported back to that moment—and we’re not mad about it!

At the breathtakingly beautiful Loterie Farm, the jungle soiree hosted by the FUSE crew out of London was a peak party point. Made up of Seb Zito, Archie Hamilton and Enzo Siragusa, the three mates played their records individually first, but ultimately joined forces to deliver a b2b2b set that Saint Martin will never forget. The trio made their mark with both their impeccable song selection and infectious intensity that had you calling out for more. Next time you have the chance to experience their tantalizing tech-house sound—do it!

BLOND:ISH last year was one for the books too. It was especially sweet because she was fresh off a saintly day of picking up trash on the beach as part of a volunteer project with SXM Festival and Bye Bye Plastic. Marked by patterned strobing, glistening builds, and new spins on more than a few timeless classics her mainstage performance was wildly magnetic. She even invited many of the beach clean up volunteers to enjoy her set from backstage, making it a once in a lifetime memory for many who were there for the occasion.

Some sets just haunt you with their perfection, like the time Guy Gerber treated onlookers and technophiles with his signature brand of stomping excellence. During his set at the Flying Circus satellite party he dropped a divine rinse and remix of the hot track “Fired Up” under the hue of cherry red lights and neon green lasers. It was as if the dance floor itself packed with writhing bodies all undulating in unison with the ocean just a few dance moves away.

Last on the list, but first in our minds is Ricardo Villalobos’ mindblowing 4 hour sunrise set. Beyond being an amazing artist with records you couldn’t even dream of, his ability to play music depending on the energy and environment is unlike any other. The clouds rolled in during his 2019 set, and it was almost as if he invited Mother Nature to be a part of the show. Responding musically to the weather, he would mix in a moodier song as the rain poured down. And then, as the sun was rising and the clouds parted, he fused an ethereal, melodic sound that mentally had us all on our knees. The way he illustrated a connection with nature musically was magical; the wizardry was on a whole other level.

What moments are planned for the return of SXM Festival?

Sign up for our email newsletter here and stay in the know! 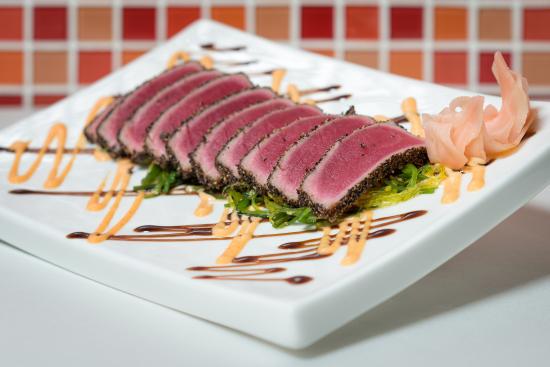 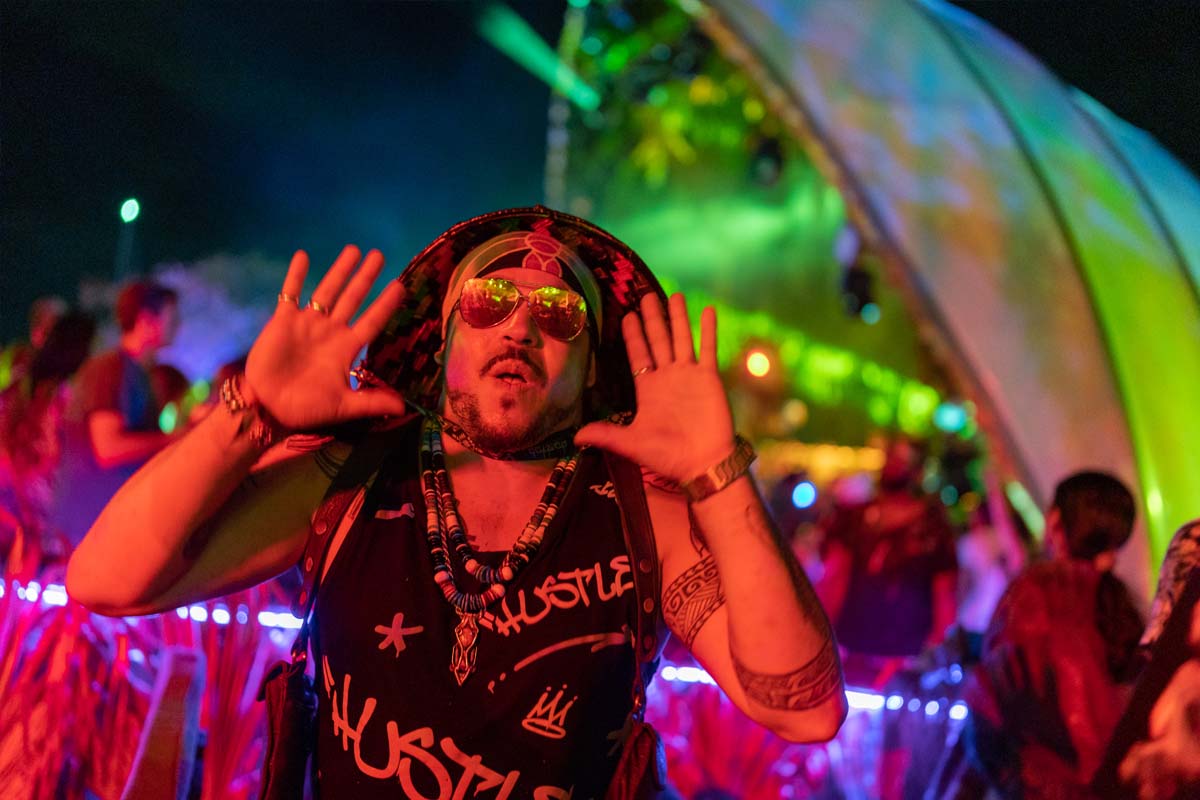 SXM Festival in the Press
Read the full article
— 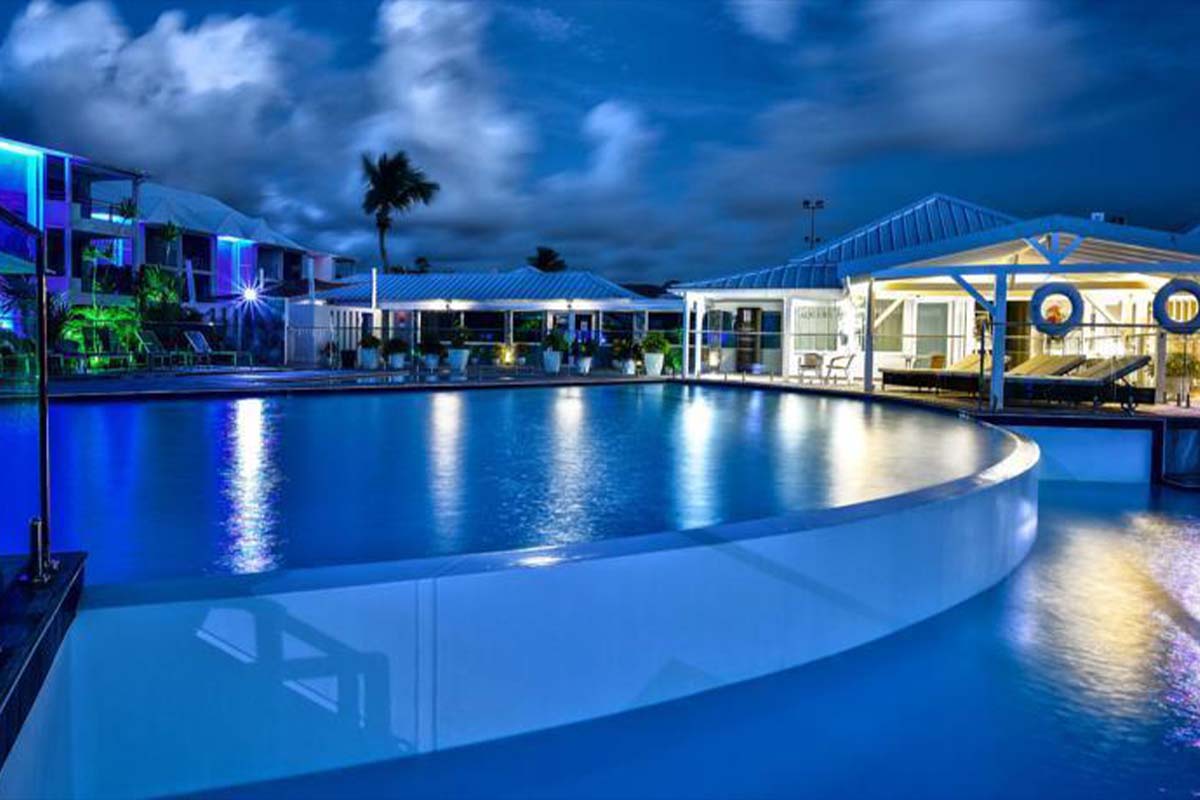 How to Find the Perfect Hotel
Read the full article
— 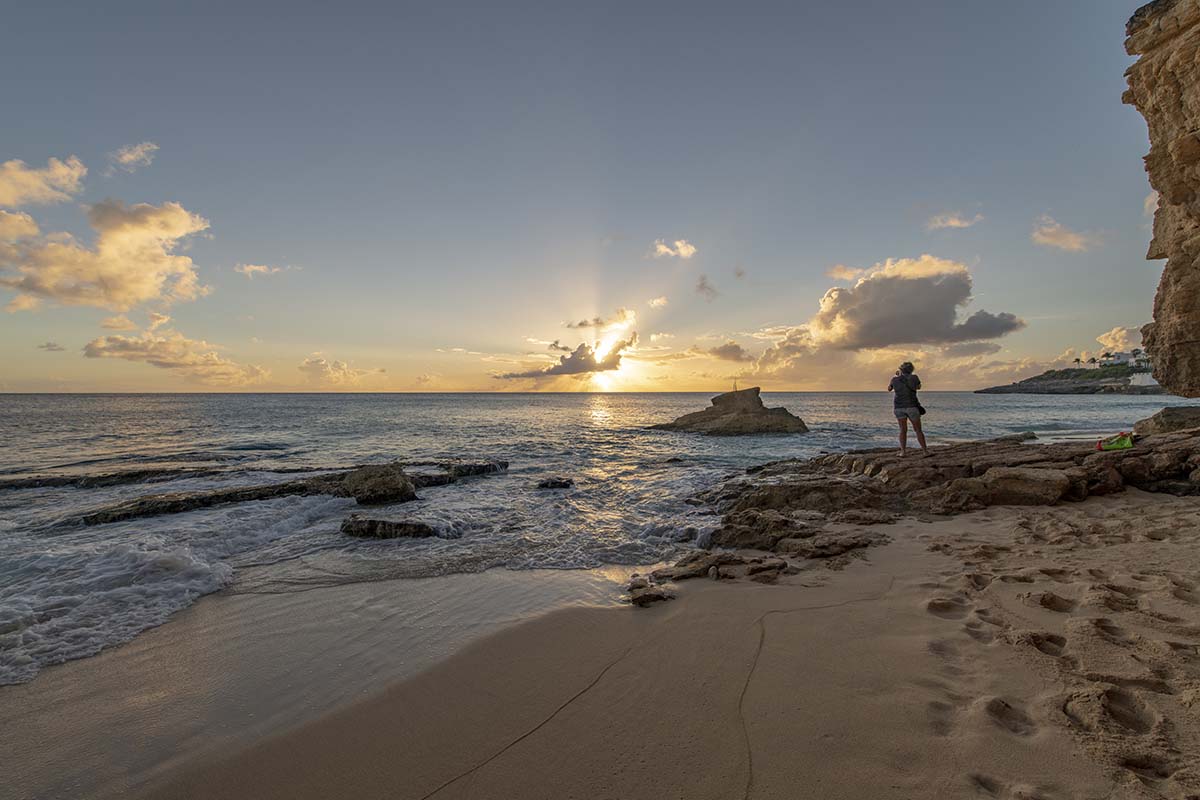 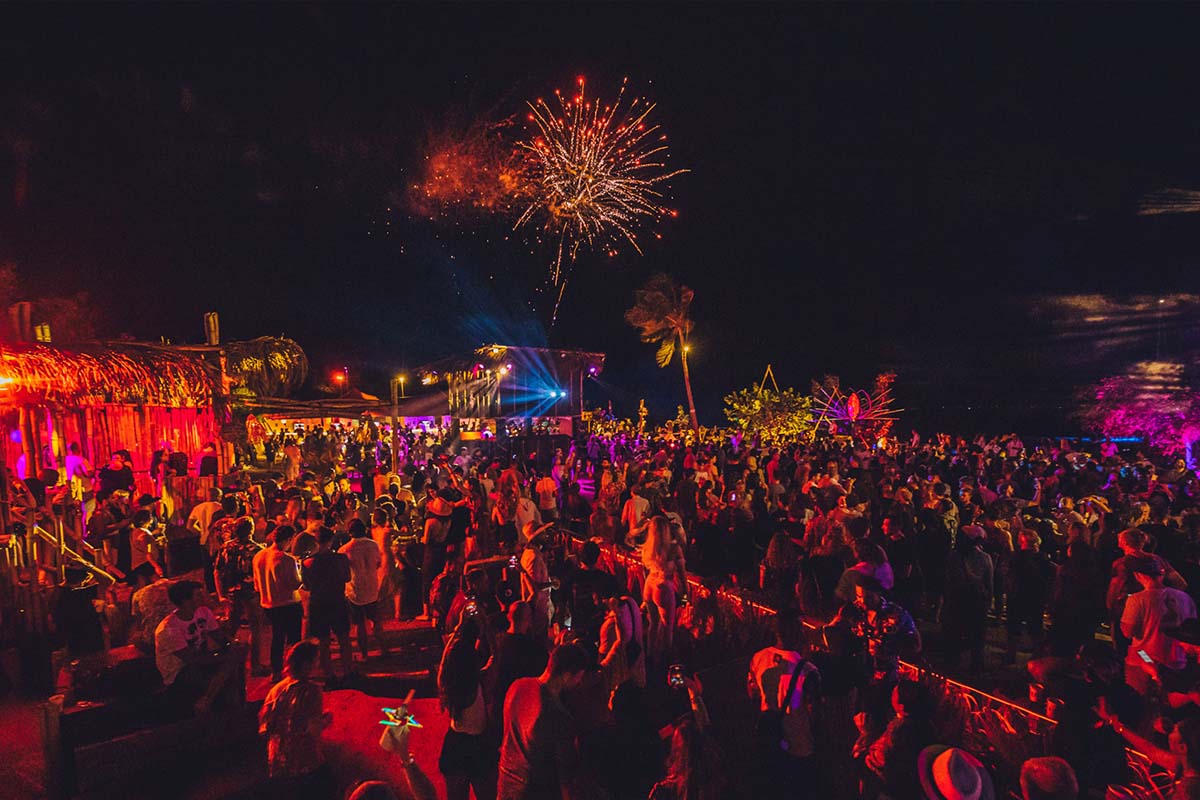 The Mysteriously Fun History of Happy Bay
See All Articles